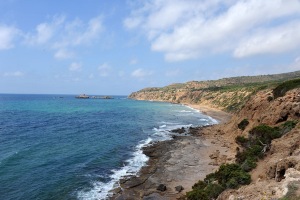 Algeria, officially known as the People’s Democratic Republic of Algeria, is the largest country in Africa and is located on the Mediterranean coast of North Africa. 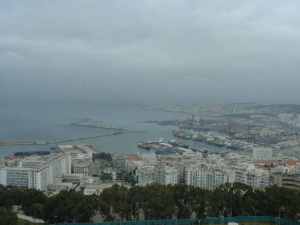 The landscape of Algeria consists of a small coastal area along Mediterranean Sea on its northern border and to the south, high plateaus and the Sahara Desert. Algeria’s coastal plain is narrow and hilly. The Atlas Mountains run from southwestern Morocco through northern Algeria to the eastern edge of Tunisia and separate Algeria’s coastal plain from the vast and barren Sahara Desert found in much of central and southern Algeria. These high plateaus in the north are mainly undulating, steppe-like plains stretching for nearly 400 miles. They rise up approximately 4,000 feet above sea level in the west and drop to around 1,000 feet as you move east. Further south the Sahara Desert covers over 80 percent of Algeria.

The Sahara is the largest desert in the world consisting mainly of rolling sand dunes, rock-strew plains and sand seas that cover almost one-third of the African continent. There is another high plateau in southeastern Algeria, formed by the Hoggar Mountains (also called “Ahaggar Massif”), that rises up out of the Sahara. This highland region averages around 3,000 feet above sea level and is mainly a rocky desert. The Sahara is almost completely without rainfall, although a few underground rivers flow from the Atlas Mountains and irrigate isolated oases within this great desert. In the Sahara, temperatures are hot year round during the day; however, because air is so clear and there is rapid loss of heat once the sun goes down. As a result, nighttime in the Sahara Desert can be quite chilly. 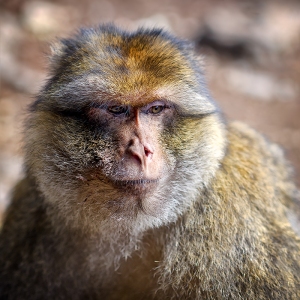 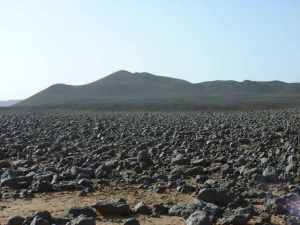 Located in the Ahaggar Mountains (also called the Hoggar Mountains) in southeastern Algeria. The oasis city of Tamanrasset is the closest town near to this national park. Ahaggar National Park lies in a desert mountainous zone within the Saharan Algeria Region where rainfall is sporadic. The Ahaggar Mountain range consists mainly of jagged volcanic rock. Some of the animals found in the national park include cheetah, Dorcas gazelle and Barbary sheep.

The Chrea National Park contains a forest of ancient Atlas Cedar where a small population of the endangered Barbary Macaque (Macaca sylvanus), sometimes referred to as the Barbary Ape, still exists. The world population of this Old World monkey species, Macaca sylvanus, is declining because of habitat loss making it important to preserve its habitat in the park. Chrea National Park is located in the Blida Province of Algeria and includes the mountainous area of the Blidean Atlas. This park also includes the Chréa skiing station, one of the few in Africa that offers snow skiing, and numerous walking trails that allow park visitors to personal experience the natural beauty of this wonderful national park.

The Taza National Park is a UNESCO biosphere reserve with diversity of wildlife and variety of ecosystems.