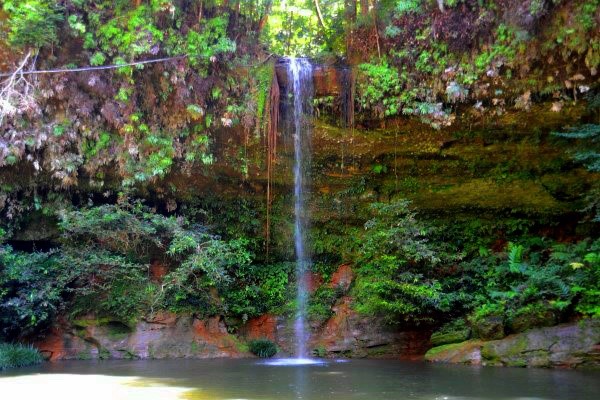 Some of the mammals found in the national park include flying squirrels, wild pigs, gibbons, a variety of monkeys, and deer. Large mammals such as the sun bear (Helarctos malayanus) are absent or very rare due to the small size of the forest and illegal hunting.

The Latak waterfall trail is the shortest, easiest and best known of Lambir Hills National Park’s trails. This is an especially popular trail with day visitors from Miri, particularly on the weekend. This shaded trail follows a fast-flowing stream to the 75 foot Latak waterfall. Along the way there are two small waterfalls, but the main attraction is the Latak waterfall at the end of the trail. Emptying into a large forest pool surrounded by steep rock walls, the Latak waterfall is breath-taking to behold. Facilities such as picnic areas, changing rooms, and bathrooms are located near this pool area. Swimming in this beautiful pool is allowed, but some parts of the pool are quite deep making it unsafe for non-swimmers and small children.
Shortly before reaching the Latak Waterfall, the Pantu trail branches off to the left and leads up to a series of steep steps. At the top of these steps there is a 130 feet tree tower designed to give visitors a view of life in the forest canopy, including many birds, insects, epiphytes, ferns and orchids that cannot be seen from the ground. Lambir Hills National Park has a series of tree towers, a canopy walkway and a canopy crane that provide access to various elements of rainforest’s vertical structure. Shortly beyond the tree tower, the trail branches off to the left and leads to the Nibong waterfall.

Then there is the long trail to the summit of Bukit Lambir, Lambir Hills National Park’s highest point. This summit trail is quite steep in at times, and can be difficult for some, but it is a trek worth taking, if you are able. There is a superb view from the summit, including the transition from dipterocarp forest to heath forest, and the beautiful flowering wild orchids. On the way down, there is another beautiful pool at the base of the Dinding waterfall that you will want to see.

A study in 2008 revealed that six of Lambir Hills National Park’s seven species of hornbills have disappeared from the national park. Also the number of carnivore, raptor, and primate species had declined significantly since 1980. The study recommended that conservation efforts in the national park should focus on law enforcement to protect wildlife from illegal hunting within and around the park. 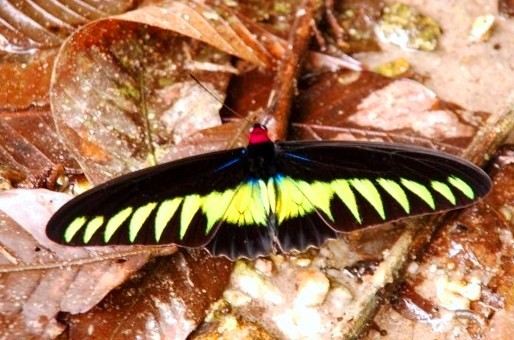