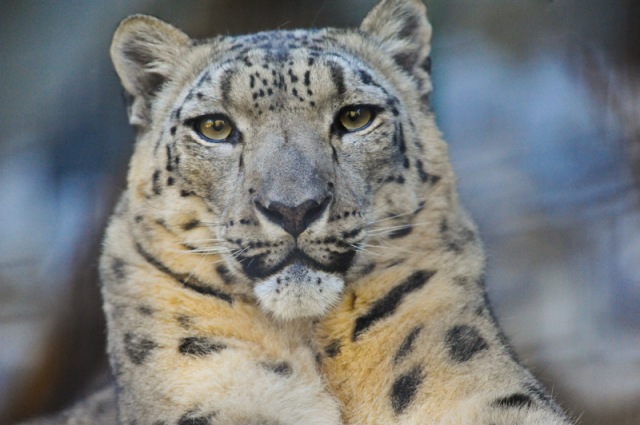 Shey-phoksundo National Park, Nepal’s largest National Park, is situated in the Trans-Himalayan region of northwest Nepal. The national park was established in 1984 within an area of 3,555 square kilometers. In 1998, an additional 1349 square kilometers of forests and private lands surrounding the park became the Shey-phoksundo National Park’s buffer zone. This buffer zone is jointly managed by park officials and members of the local community. Together they have initiated community development activities designed to preserve the natural resources within the buffer zone and educate the local people about the importance of wildlife conservation and the national park. 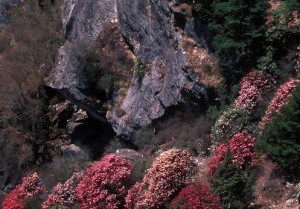 Elevations in the national park range from around 2,000 meters to nearly 7,000 meters above sea level. The park’s extreme variation in altitude results in large climatic differences and ultimately a diverse range of biotic systems. This is reflected in the extreme diversity of flora found in Shey-phoksundo National Park. Less than five percent of the park is forested, with much of the forested area lying in the southern portion of the park. This forested area contains blue pine, spruce, cedar, silver fir, hemlock, poplar, bamboo, and rhododendron. Moving north in the national park the altitude rises and the vegetation transitions to fewer rhododendron, and more caragana shrubs, Salix, Juniper, white Himalayan birch, and the occasional silver fir. Moving still farther to the upper Himalayas, flora becomes sparser and sparser until there is only barren ground.

The easiest way to reach the park is by air from Nepalgunj to the Juphal airstrip in Dolpa followed by a half day walk to the park entrance at Suligad. Local accommodations are available in Dunai, Sangta, Chhepka, and Ringmo. Campsites with rubbish pits, toilets, and shelters are available throughout the park. Trekking lodges are located in Dunai, Chhepka, and Ringmo and provide food and limited supplies. Park offices are located at Suligad, Chhepka, Palam Ringmo, and Toijem, at the headquarters in Palam there is a small visitor center. Individual trekking is permitted to trek to Ringmo or Phoksundo Lake. The Tran-Himalayan region of inner Dolpa is restricted to group trekking only, a group trekking permit is needed and can be arranged through any recognized trekking agency of Nepa